The island of Aigina is 12 miles SW of Zea Marina, close to Athens. Aigina guards the North West approaches to the Aegean which means that it was very important to trade in the early days. It was occupied by Neolithic people and then superseded by Bronze age people around 2000BC. At the beginning of the Peloponnesian war the island opted for the Spartan side as its relationship with Athens had never been a good one. As a consequence, it was invaded by the Romans, Byzantines, the Saracens, the Venetians and the Turkish! It is a popular tourist destination as hydrofoils run from Piraeus, meaning that the main town is a bustling place. The best way to see the island is by moped. So for 25 euros we hired a moped from Drive Rentals (to the left of the harbour just past where the buses depart), namely from a friendly chap called Kostas – great new 125 cc Kimco bikes. We rode as a group along the coast road to the temple of Aphaia (Aphia’s Parthanon) which is about 13km by road from the main port town of Aegina. It was initially believed that the temple was to worship the goddess Athena – however, there were further excavations in 1901 that found inscriptions dedicated to the goddess Aphaia. The temple is fascinating, and the views are worth the visit by themselves. There is a little museum and a great souvenir shop run by 8888888 which sells beautiful pottery, olive soap and other local merchandise. The little café is great for some refreshments and cheese toast. It is very peaceful to sit in the tranquil garden surrounded by flowers and trees, looking over the sea. We headed back down the mountain to the monastery of St. Nektarios, the recently built church in the area known as Kontos. The church and surrounding buildings are beautiful and inspiring, and the sisters so gentile you can truly understand how the people come to unburden themselves and find the experience comforting. Top tip legs and shoulders should be covered for both males and females.

We rode the bikes safari style down the winding mountain, taking videos and pictures as we went. The smell of pines was intoxicating and the view just spectacular. We pulled in to Souvala, as we saw a sign for the hot springs, however a local lady told us that they had closed. We went to the next bay along the road just before the main town of Aigina for a swim instead. The bay was perfect with gentle slope into the water and sandy beach with not a sea urchin in sight! Back to the boat for a shower, then dinner at Phoiboe, which is the first restaurant next to 888888. There is a hotel 2 doors along, which will give you access to a room for a shower for 5 euros. The food in this restaurant is simply stunning, the restaurant itself sits on the sea front and is traditional in style, you will not find any ‘shiny‘ waiters here, but the fried calamari is the best I have ever tasted and the grilled peppers are just amazing. The group ate and drank and the bill for 8 of us was only 160 euros. 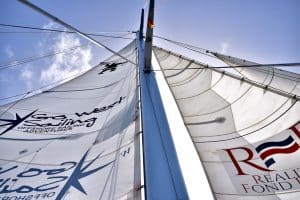